Chris Cortez is a busy man.  The number of jobs he performs suggests the presence of more people.  Guitarist, composer, vocalist, bandleader, arranger, producer, engineer, label head, entrepreneur, and community leader, to name a few.  Cortez’ work ethic puts him in the middle of everything, and he always seems to be running non-stop.

In 2015 Chris paused the record label Blue Bamboo Music and returned to his hometown of Winter Park, Florida to build a performing arts center with his wife Melody.  In six years’ time, Blue Bamboo Center for the Arts became a community asset… an amazing venue that supports the local and national music scene, presenting a diverse range of artists in an intimate concert setting.  Chris was named one of the most influential people in Central Florida by Winter Park Magazine and when asked how he managed to accomplish so much, Chris’ answer was “Start with it’s possible and the rest is logistics.”

Building community is the driving force.  In 2013 Downbeat magazine published a profile piece called “Unified in Houston,” focusing on his label and its positive effects on that community of musicians.  He is an advocate for the arts and for artists.

As Blue Bamboo, or ‘the boo” (as fans affectionately call it) became sustainable, Chris began to direct his focus back to his own personal musical goals and revived the label.  The first recording project was Hermanos, a collaboration with old friend Larry Williams, which became a staple of jazz radio for most of 2022, rising to #1 on the RMR chart.

Chris’ guitar style is uniquely his own.  There is a relentless sense of meter and precision.  His vocabulary is instantly recognizable to fans of his previous work.  Growth and evolution are obvious, but Cortez still sounds like Cortez.  There is a compositional feeling in his solos.  Themes unfold with an emotional arc that takes you on a journey, and his songs provide the perfect backdrop for that kind of development.  There is a landscape to explore.  There are plenty of surprises, but everything makes sense and seems filled with intention.

“I realized I had never made a live album and decided that was a challenge I needed to face.” Cortez

Chris arranged several concert events featuring drummers Joel Rosenblatt and Jeff Sipe, bassists Ron Jenkins and Doug Mathews, saxophonist Jeff Rupert, trumpeter John DePaola, flutist Dan Jordan, and pianist Bob Thornton.  From the first notes, we are on a fun, e-ticket ride and that is no accident.  Chris was inspired to make this record with these people.

"It was an honor to be involved in such a great project with an illustrious cast of musicians. It was an amazing experience playing with Chris Cortez, Jeff Sipe, Bob Thornton and Dan Jordan on such fun tunes and arrangements. It was also  great to experience the other amazing cuts being recorded live from the audience perspective. Best of both worlds.”   Doug Mathews

With his guitar clearly in the spotlight, Chris chose mostly original music with 3 notable exceptions;  The Visit, a tribute to guitar master Pat Martino with solos by Thornton, Cortez, and Sipe;  That’s the Way of the World, a swinging rendition of the classic Earth Wind and Fire anthem featuring solos from Thornton, Jordan, and Cortez;  Closing the album, A Remark You Made, Chris’s stunning solo acoustic guitar interpretation of Joe Zawinil’s heartbreaking ballad, dedicated to those lost in the pandemic.

“Such a pleasure to be a part of this project, Music is the great connecter”  Ron Jenkins

The six original tunes reflect an eclectic mindset, and a penchant to show off this incredible band.  Arlington Park is a 5/4 romp that works the ensemble’s tight, on top of the beat, approach, featuring solos by Rupert, DePaola, and Rosenblatt.

“Had a great time recording this project live! Chris’s tunes are challenging and musical.  Looking forward to more!”  Joel Rosenblatt

Awakenings is an optimistic 7/4 vehicle that seems larger in compositional scope and lyrical melody, complimented by Jordan’s flute, and Cortez’s guitar.  Somehow Chris sneaks in a quote from Here Comes the Sun, in perfect sync with the overall theme of renewal.

“It is an honor to be included on this live date with such world-class musicians.  Recording live brings an essence of organic creativity, immediately apparent on these tracks.  Congratulations to Melody and Chris for creating a vibrant community to play, record, and develop in.”  Daniel Jordan

“One of the best things that have happened artistically in Orlando in recent years is the creation of the Blue Bamboo Center for the Arts.  Chris and Melody have created a live music and arts venue that has elevated the Orlando arts scene permanently for the better. It has been truly amazing to be part of and watch the upward growth of the “Bamboo”.  This latest CD is an amazing come back to writing music and playing by Mr Cortez after so much time devoted to establishing the Center.  It was truly an honor to be part of this project with Chris and fellow band mates. The writing and playing on this is diverse and deep rooted in many styles and cultures. I know you will enjoy listening to this just as much as we enjoyed playing it Live at the Blue Bamboo!”  John De Paola

Aarrgh (named for the sound made by an old man rising from a low chair) is a funky, medium tempo groove vehicle that makes one’s head bob, with solos by Cortez and Rupert.

"From the moment this band played, I knew this would be a great album" Jeff Rupert

Melody Makes It Happen is a lush, ballad drenched in the blues… Cortez’ stunningly beautiful ode to his wife Melody of 30 years, featuring solos by Rupert and Thornton.

“It was a joy and a privilege to be involved in this project with such an amazing group of musicians.  Recording in front of a live audience, with little or no rehearsal for many of the tunes, resulted in some exciting and unexpected moments!”   Bob Thornton

Rose of Shalamar is a Latin excursion with frequent meter changes and an unforgettable ostinato in 15/8 that resolves triumphantly, bringing the audience to their feet, with solos by Cortez, Mathews and Sipe.

“I really enjoyed playing with Chris and the band on this project. Beautiful tunes, beautiful people, thoughtful arrangements and  Good vibes.  Thanks Chris and Melody for making it happen!”  Jeff Sipe

This is jazz, but it is restless in terms of genre.  The group swings, but they aren’t afraid to be funky and are determined to explore a larger landscape and expand the canon.

“The craft of songwriting seems to have gone out of style for the moment.  People write forgettable “heads,” with the goal of getting to the improvisation as quickly as possible.  I am still hooked on melodies that stick in your brain, and I’m obsessed with trying to create and develop improvisations that are connected to them.” Cortez 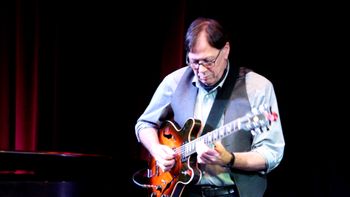 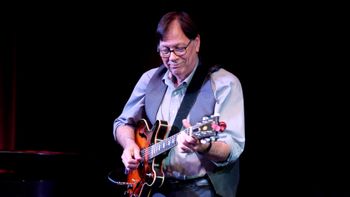 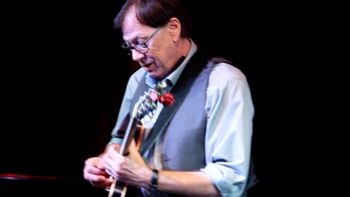 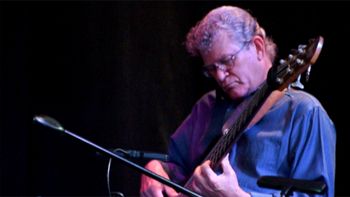 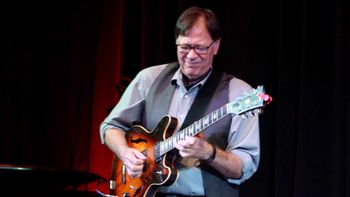 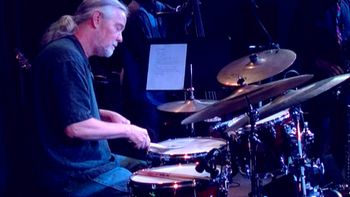 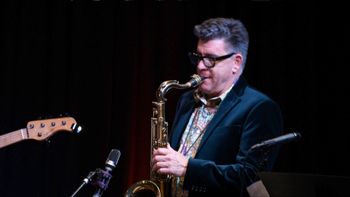 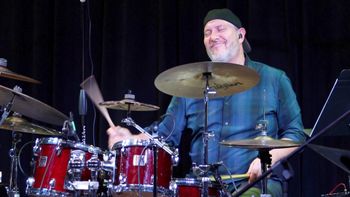 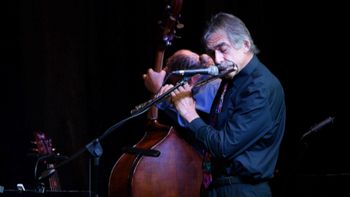 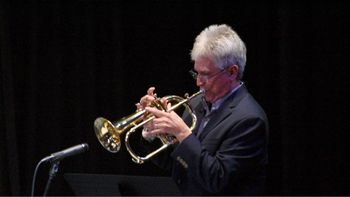 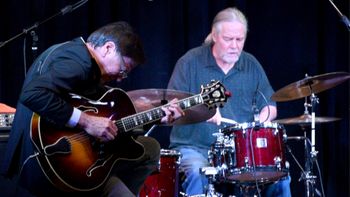 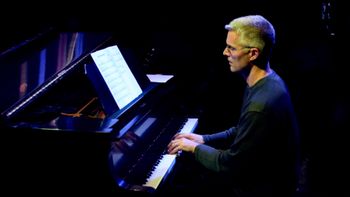 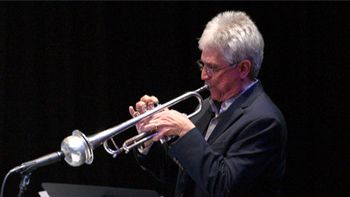 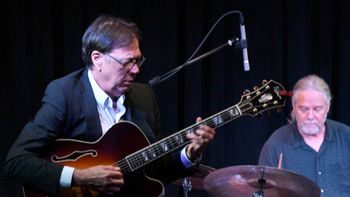 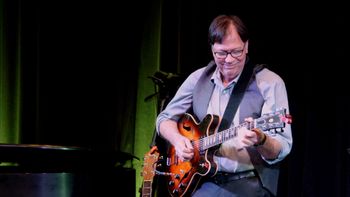 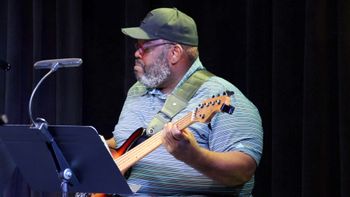 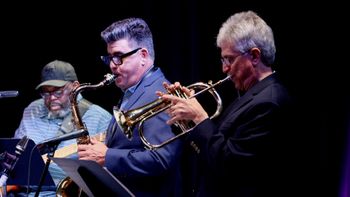 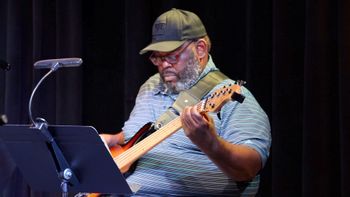 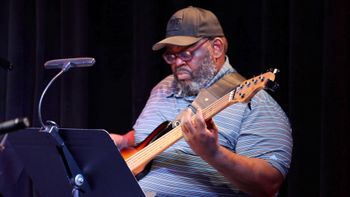 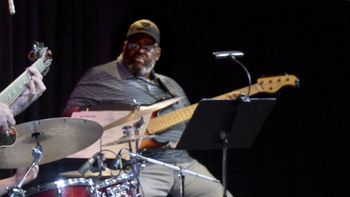